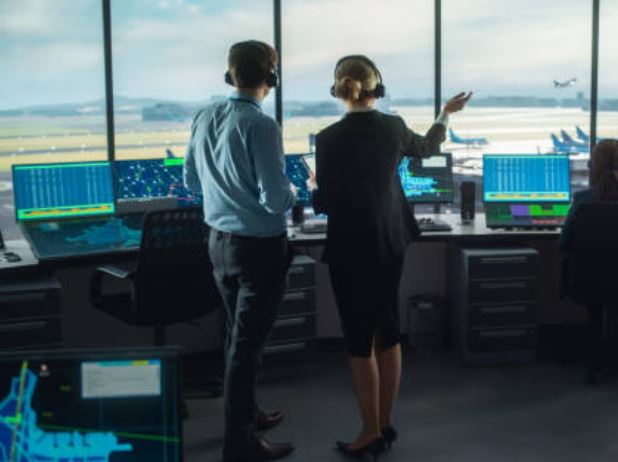 The plan for a digital control tower for Charleroi and Liège airports, which was announced several months ago and confirmed during the day of the Ecolys visit on 24 September last, is taking shape at Ecolys, our business park in Rhisnes.

The highly prized plot has been marked out, the technical and administrative steps are underway and the deed of sale was signed in early 2022. 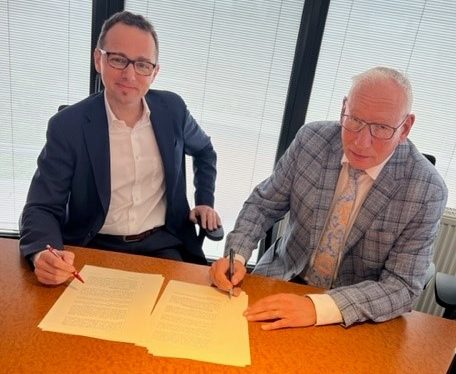 Real-time monitoring from a distance

Instead of renovating the existing towers from top to bottom, Charleroi and Liège airports agreed to collaborate on a new, modern project. In particular, this will allow greater flexibility, as the two airports do not operate according to the same timetable, depending on freight or passenger transport activities.

Instead of the conventional towers standing alongside runways that we are all familiar with, this site is new in that it is physically separated from the places under surveillance.

The air traffic controllers will be able to follow very precise situations on the runways monitored, from a distance but in real time via walls of screens.

Thanks to 360° cameras, it will be possible to monitor both the aeroplanes and the other vehicles moving around the airports, as well as debris, animals, etc. far more reliably than with the human eye or binoculars used at the moment. Even if the weather is bad.

This trend, which originated in Sweden, is also being widely adopted in other countries. So Wallonia has been inspired to follow suit.

A total of nine million euros is to be invested in this project at the Ecolys park. The structures will be owned by Wallonia, via Sowaer (the Walloon Airports Company), which is in charge of managing airport infrastructure. The buildings will hold technological surveillance instruments in these ultra-secure towers (with a surface area of over 2,000 m²), as well as the Sowaer offices (covering around 1,000 m²).

Skeyes, the federal air traffic control company, remains in charge of the operation of the towers and also defined their design.

In terms of employment, around thirty Sowaer employees will be located here and will be joined by the 50 air traffic controllers at Skeyes.

The actual towers in Gosselies and Bierset, to be known in future as ‘contingency towers’, will therefore lose their dominant place and instead serve as backup for the digital towers after minor renovation work.

Construction to begin at the end of 2022

Sowaer is currently drawing up a complete Design & Build dossier, covering the objectives in terms of the spaces to be created and the technologies to be integrated, of course, but also its environmental ambitions.

Once the engineering and design firms have been designated, permit applications can be submitted to the administrations concerned. Construction work is therefore scheduled to start towards the end of 2022 and the move is to come two years later.

We can’t wait to see this fine, impressive project take its place on the hills above Namur!

Would you like to join one of the BEP business parks?