DIGITAL IS HAPPENING IN NAMUR 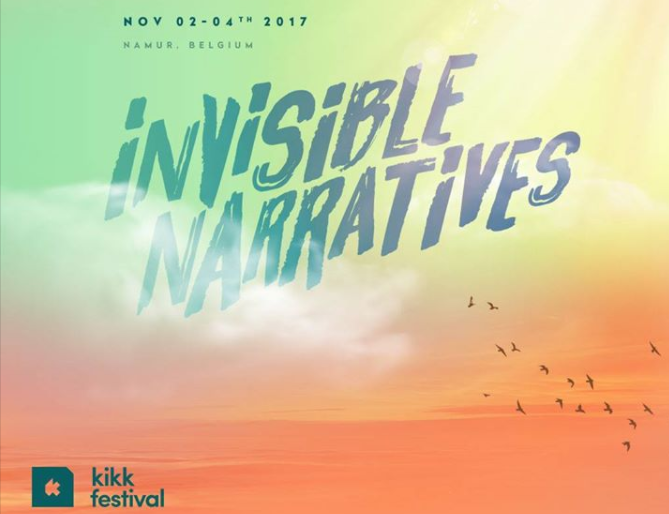 The KIKK is a major festival of digital and creative cultures organised in Namur by the non-profit association KIKK together with economic, cultural and scientific operators (from various sectors) such as the BEP, EEN, the Awex and WBI and operators in the digital sector such as the Agence du Numérique and the Infopôle TIC and Twist clusters. This says it all: the 7th KIKK Festival was even more impressive than the previous ones and highlighted many Belgians (including from Namur) who are active in the digital world on the international scene.
Whether you are a developer, designer, graphic artist, a member of the ‘old school’:-), student, at work, an enthusiast, whatever, there is something for everyone.
Simply to understand the trends that will affect us all in the near future, to face them and adapt them to your own needs, seize opportunities, make them your profession, out of curiosity, etc.

KIKK, the intergalactic festival of digital & creative cultures, will inspire you.

The 7th KIKK Festival in Namur this year attracted over 18,000 people from around fifty countries. France, Germany, Quebec, the Netherlands, Tunisia, the USA, Brazil and Switzerland were the places best represented, but participants also came from countries including Côte d’Ivoire, Italy, the Czech Republic and Sweden. Over a three-day period, they attended around forty conferences, took part in workshops, visited exhibitions or a KIKK Market, etc., not forgetting the workshops for children.
The KIKK Festival 2017 was held from 3 to 5 November: http://www.kikk.be/
The theme of the year was ‘Invisible Narratives’.

Following on from the KIKK, the Tekk Tour Digital Wallonia (Liège and Mons) aims to highlight Walloon know-how in the digital sector and generate international collaboration projects in research and innovation and more specifically in cyber-security, in the 4.0 industry and in the Internet of Things. A total of 167 people took part.

THE BEP AT THE KIKK

The BEP took care of managing and coordinating registrations for the various events at the KIKK PRO Village, the TEKK TOUR, etc.
The BEP organised B2B sessions for 354 participants for two days in Namur at the KIKK PRO Village, a professional meeting place set up during the KIKK Festival to promote networking and exchanges but also a conference space, relaxation area. Half a day was also organised in Liège. For the twenty participants from Namur, the BEP planned 55 appointments, 24 of which were international.
The BEP was also present on two stands at the KIKK Market (600 m²): that of the BEP itself and that of the TRAKK, to present the support that it can offer digital businesses and start-ups as well as foreign investors. BEP specialists were able to meet 15 entrepreneurs, including three from Namur. A total of 25 Namur businesses were presented at the KIKK Market. 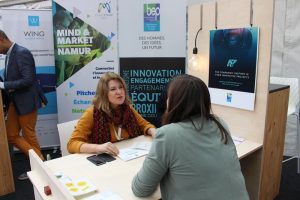 By supporting big names with their digital deployment: digital strategy, e-commerce, online presence, etc., the Namur-based company has established its pedigree among prestigious clients. Exit the small creative agency. While not disowning it local roots, Dogstudio now works with many large companies far beyond the borders of Namur.
The Walloon flagship company, which now employs 36 people, is developing on the international scene and entering the US markets.
Chicago is the ideal city for Dogstudio, enabling them to continue their commercial development on both coasts of America. But the aim is to maintain a close link with the team based in Belgium.

OTHER LEADING PLAYER: VIGO UNIVERSAL: THE 3D UNDER ALL ITS FORMS

Namur company Vigo Universal was granted a loan from #InvestEU via SOWALFIN, the Walloon financing company for SMEs, a few months ago in order to expand its business and in particular develop a revolutionary 3D Body Scan.
Its Replication Centre allows you to give free rein to your imagination…