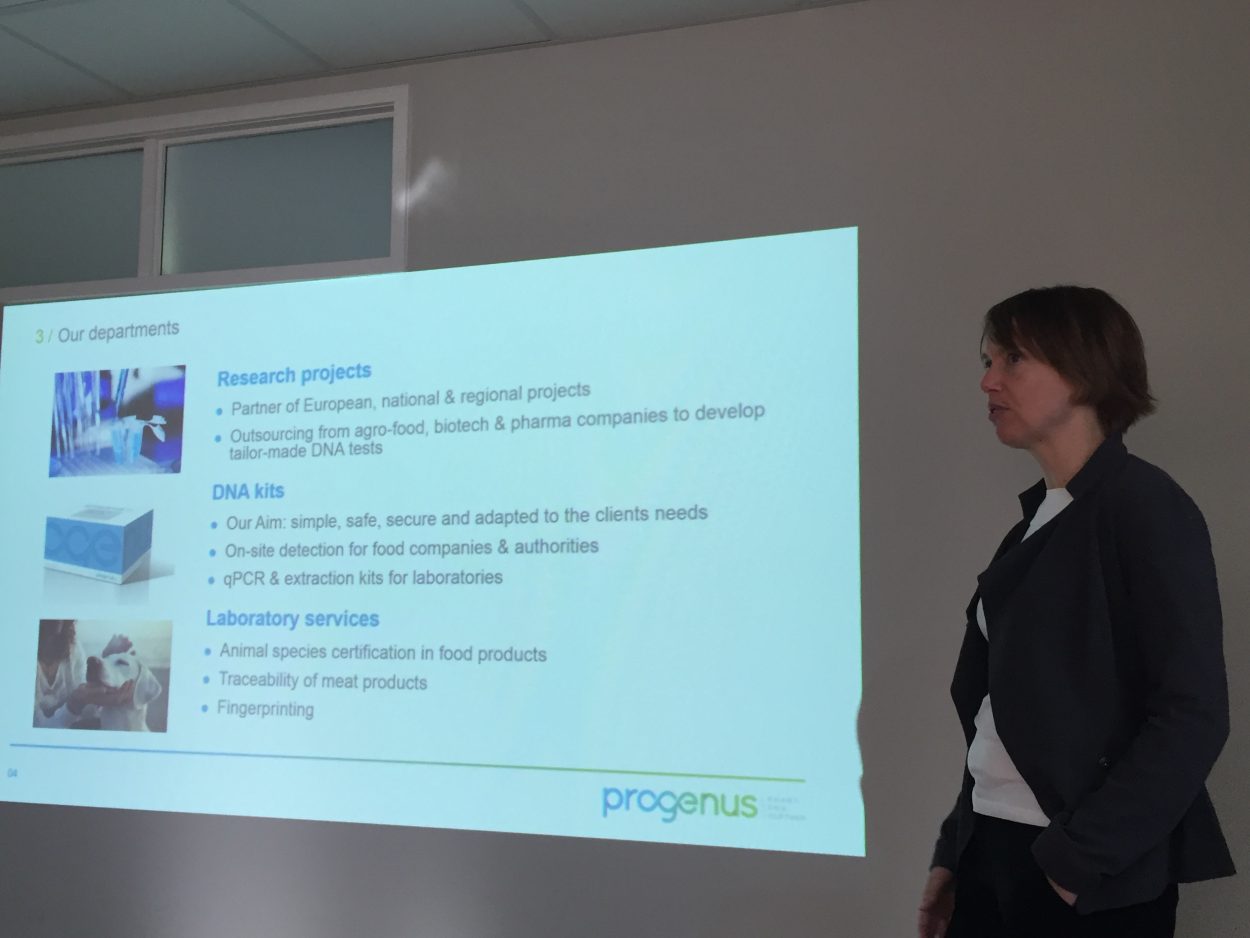 Progenus – a University of Gembloux AgroBioTech spin-off created in 2001 – is specialised in genetic identification, traceability in the livestock industry, and so on. The company set up its laboratories at Gembloux Sauvenière in 2009. It went on to win the 2010 Alfers technological development prize. The Alfers award ceremony is a well-known event that recognises entrepreneurs – and thus their companies – who have distinguished themselves in the elapsed year..

Video of the 2010 Alfers award ceremony

Progenus invested in a building at the Créalys® Science Park near Namur in order to have facilities more in tune with its growth and diversification (notably a focus on international exports). The ten staff members on the site carry out laboratory tests and R&D, and provide services regarding everything related to DNA in the agro-veterinary sector. As part of its analytic activities, Progenus does routine analyses but also produces diagnostic kits for other laboratories.

It finances a large share of its research itself, either through research projects funded by Europe and/or the Walloon Region or by research carried out for third parties. Its more-than-promising results could lead to major technological innovations in the coming months.

BEP assisted the company with administrative and financial formalities, as well as on the export scene.